We carry over 40,000 items so if you can't find what you are looking for here call us for availability.
Follow Us On

Posted by Tool Pan on 1/7/2015
Share |
Identifying a strange odor coming from your car can be baffling, especially if you have no idea what’s causing it, or where it’s coming from.

Below is a list of typical odors that can give you some insight as to what’s happening with your vehicle.

Maple Syrup – A Maple syrup smell is indicative of an issue with your antifreeze. The main component is ethylene glycol which is incredibly toxic. When you experience this odor, it means you may have a leak in the radiator hose, or the cap may be broken. If the odor is strong on the inside of the vehicle, your issue is likely with the heater or radiator itself.

Burning Oil – If the acrid smell is brief and then dissipates, it could be that a little oil was spilled and it’s simply burning off the hot engine. A constant odor, however, especially when driving could be a major cause for concern. You may have an oil leak, and if you continue to drive while leaking oil, your engine may seize. Imagine being stranded on the side of the road in the dead of winter with a busted engine.  Fixing a seized engine could cost upwards of thousands of dollars to fix. Having the vehicle serviced immediately will prevent such a costly and potentially dangerous situation.

If the smell is more like vegetable oil, you may have another problem altogether. This would be indicative of a leaky crankshaft, and the oil would be evident on the ground beneath your vehicle. Replacing your engine’s crankshaft is also an expensive fix.

It’s always best to follow the manufacturer’s recommendations for servicing your vehicle. It may be running fine for now, but having it maintained properly will prevent disastrous problems from occurring later.
Previous Post
Next Post 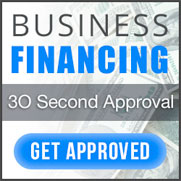